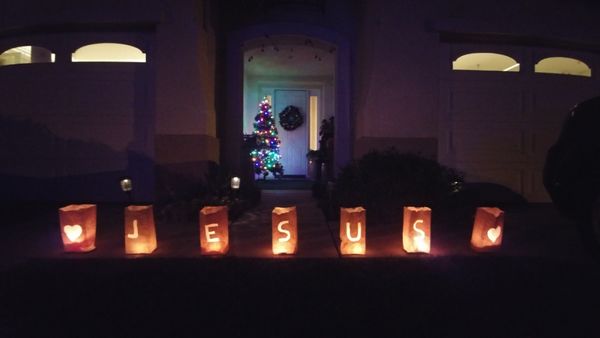 I don’t know…It seems that people are doing Christmas a little brighter and bigger this year. And why?

Yeah. That’s it. Ok, it’s only one thought. That’s the sum total of what I’m talking about.

Of course, the devil is in the details. And this thing has its details. But I’ll spare you and get right to it.

You have to think for yourself.

That’s the crux of it. Tie your faith to something eternal and then think for yourself. Which involves listening to others and to “experts.” But it doesn’t involve idolizing them.

Listen, did you know that if you were sitting around a large table holding, oh, 15 people…

…and they were admiring a painting on the wall, and they, one by one, gave comments on the beauty of its rich red colour…

…and then your turn came; then did you know the odds are very high you will also gush over the artwork’s rich red colour?

Even though there is not one speck of red on it. It is an ugly greenish-yellow colour, and decidedly not beautiful?

It’s a classic experiment that I clearly remember reading about in Psych 101.

Perception is not reality.

The map is not the territory.

You really are Plato’s cave-dweller watching shadows cast on the rocks. And they aren’t reality. One thing is for sure…

Nothing is for sure…especially Science and the Conventional Wisdom

So, when you are told things that are prima facie inconsistent, false, hypocritical, or otherwise tainted, you should immediately recall…

...You, in alignment with God’s will, are in charge of your life.

Not People in Black Robes

Your God-given liberty is free. It’s not given to you by your leaders. It’s not even guaranteed by the Constitution. It’s given by God. And like every innate capability of the soul, it must be exercised and defended. Or it will be taken away.

But not by nincompoops and zealous busy bodies telling you that “wearing is caring” while hypocritically violating not only their own unsound and palpably self-contradictory restrictions, but also their oaths to first and foremost encourage and guard liberty…

Not By Those Guys

And not by soulless ghouls debauching the halls of government—the vote riggers, legalistic sophists, and greed-stained agents who publicly flaunt their contempt for decent people and their hatred of all things good…

Not By Them Either

The only one who will take away your freedom is you. By complying. By being indifferent. By not thinking for yourself.

Our Beloved President Trump, for whom we should all each day be praying, has endured four years of the most brazen, aggressive, and transparently baseless campaign of vilification this country has ever seen. Voices quite openly state intentions to blacklist, hunt down, and refuse treatment to supporters. We are watching the demons we have allowed to infect our schools, our corporations, our churches, and our body politic, begin to feast.

They win only when we accept loss. God has shown there is an infinite well of energy at our disposal. The lights of Christmas remind us that this portal from heaven to earth is really always open for the asking.

Take some time to celebrate Christmas.

Turn off the electronic noise. Turn off that ugliness.

Sing some carols together.

Play a game as a family.

Make the now the best moment it can be.

Yes, Christmas is a little brighter and bigger this year. You can even feel it in the gusty electric winds, heralding something pretty big. Earth shattering, even. You can see it in the lights. Each day it becomes ever more clear that

God is on the Move

Reflect on that, and it Will Happen