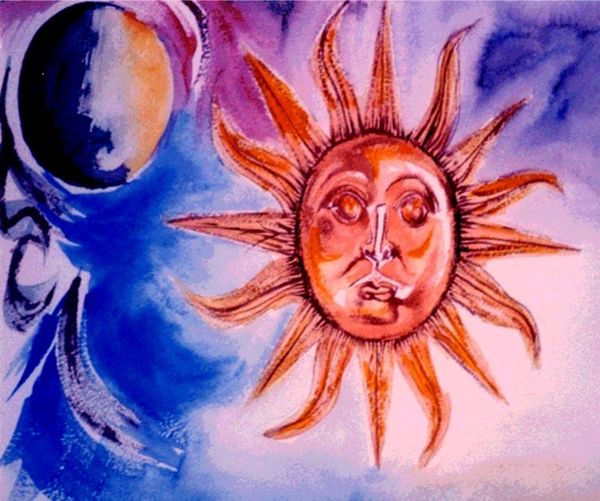 We are living in epic times. Darkness’ strength is that it darkens and deludes. By delusion, it makes itself appear more ferocious and unstoppable than it is. But this, too, is its Achilles' heel. It is only an illusion, and has no protection from Light. Light, as in knowing that it is an illusion. It has no defense once its stealth is broken. It collapses like a popped balloon. That is our strength. That is the key! It is simply the meditation...

On Earth as it is in Heaven

I kid you not. Simple affirmation, meditation, repetition, and praying these mystical words will make it true. This is the power behind all chanting, whether it be Buddhist, Gregorian, or Vedic.

And all you have to do is work it. This means you can stop pouring your life down the drain of worry and useless activity. It means salvation is entirely within your hands.

Jesus the Christ Teaches It

But you don’t have to assign a religion to it. You just have to ask yourself,

How do I know that I exist and therefore am loved?

When you can answer that, then you will see that everything is entirely possible, and that peace and happiness are available for the asking. Simply meditate on the words…

On Earth as it is in Heaven 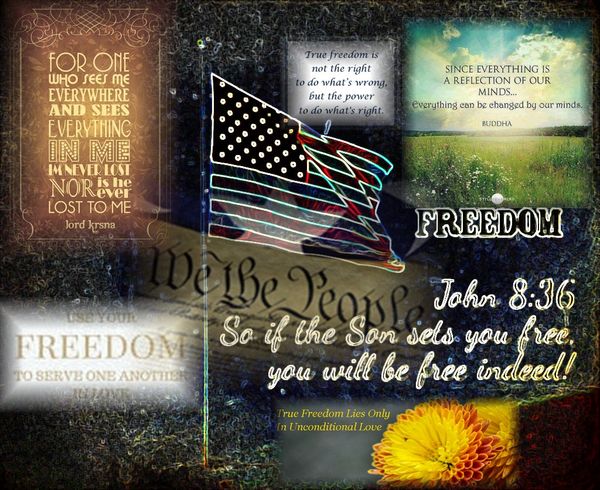 Some Things Need to be Said

Every once in a while people need to be reminded to quit deceiving themselves and to open their eyes. The epic events happening around us are real. There are real, violent lootings happening in many major cities across America, spearheaded by the Marxist/Communist sausage rolled around Black Lives Matter, Antifa, and the Democrat party.

The general unrest, however, is global in scale. That is because this is not a left-vs-right struggle (although it is). it is a Spiritual struggle. As it always has been since the beginning of time. We have laid before us a fairly obvious choice between two quite distinct futures. One, a path of increasing tribalism, sniping, and outright murder and mayhem masquerading as justice. The other, the possibility of the brotherhood of man America was always supposed to exemplify, based on a reliance and trust in God.

I used to review books for a publishing company during graduate school, and they were the philosophical, metaphysical, and religious variety. Some of these were prophesy and mysticism, both ancient and modern. Some investigated Afterlife Experiences. Others were lessons or investigations into a variety of scripture and cultural epic, whether Christian, Vedic, Buddhist, or Hopi Indian. That was a decade before the dawn of the 21st century. They all foretold what we are now seeing.

But nothing happens until it happens, and prophesy is not intended to be inescapable. It is critical to recite the mantra in the article above—often and with meaning and intent. We are told ...

If My people who are called by My name will humble themselves, and pray and seek My face, and turn from their wicked ways, then I will hear from heaven, and will forgive their sin and heal their land.

And though taken from the Bible, it does not belong to any group, creed, sect, following, or religion. It is for all who seek it.

Please pray for and keep in mind President Trump and his family. And though he has been subject to a withering four years of intense and foul hatred, they aren't really after him. They are after you. He's just in the way.