Just Around the Corner...

The battle between Good and Evil is real. This realm was delivered unto the Prince of Darkness to try to fool humanity. What would we choose? But that decision has already been made. We are the light that must send the darkness scurrying. We can be that light, and God intends for us to be that light; and because God intends for it, it will happen.

If you perceive it, then it exists! It’s like that old saw, the first thing you guess on a test question is statistically the correct choice. Don’t double-think it. 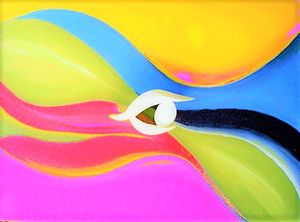 Satan isn’t allowed to touch you—the real you. Not the simulated matrix in which you pretend to live out a human life. But he is allowed to spook you. To introduce doubt. To fiddle with your faddle and make you do the injustice to yourself.

Watch this man’s story. It is absolute gold (but not for children).

Howard Storm died in 1985...And then came back to tell us what he experienced on the other side!

His near death experience is one of the most intense and prolonged ever recorded. And he was told—and shown—that we are on the cusp of a rebirth. We can see the change happening now. So instead of moping and sobbing, why not rejoice that you are now part of the rebirth? Why not make it happen? Don’t trust your fear. Trust your…trust.

In the renewed world he was shown, less than 200 years away, we will be at peace and will deal with each other with open honesty. We will live and let live. Our powers of healing, of traveling, of sustaining will be at a level as near to mortal perfection as possible. Growing vegetables will be as simple as focusing one's life’s force—qui—on the plants desired to be brought into maturity within hours! We will still become depressed at times and will still say our goodbyes, but it will be with a welcoming acceptance that God's promise will be fulfilled.

So you don’t believe it? Or you neither believe nor disbelieve? Well, doesn't matter. Pull yourself away from the bullchip of 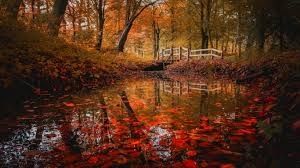 Listen to the man himself.

It’s easy. If you want to make it a fight between you and God…God wins. It’s that basic notion of compound growth. You share love with two people, maybe a smile, maybe just a portion of patience… and it makes an impression on them that lasts their entire lives. Then they share love with two other people, and so on and so on. That kind of growth is unstoppable in the long run. God wins.

So don't be so estupido! Life will be awesome in 200 years! Set your clocks. If you really want to believe in your immortality, you only need to stop pretending not to recognize the 60 gazillion ton universe standing in the room next to you inside your head. You are consciously alive, and you became alive after you had already been "dead" forever. Tell me how that works.

Unleashing this knowledge on the world begins the final battle. And…yeah…We’re starting it.